BIRTH OF A LEGACY 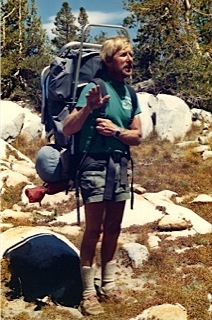 In 1972, Eddie Lindros sat down with teacher friend, Dennis Bueker, who had taken a family trip to Whitney Portal in 1971.
They became interested in developing a summer school class called ‘Exploring California,’ that would culminate with a trip to the Sierra. Since Lindros had done some group backpacking trips with the Los Angeles Y.M.C.A., they began planning a group backpack trip to Mt. Whitney.

Taking 29 kids and a couple of other adults that first summer, they didn’t all make it to the top. However Bueker and Lindros learned some things that could be done differently to improve the trip. In 1973, they repeated the class & trip with 39 kids, and a higher percentage of kids were successful.

In following years there was increased interest in the program, so Poway Backpackers began hiking in Mammoth and Yosemite, because that area was more suited to larger groups. It is estimated that Lindros introduced backpacking to over 3500 people. 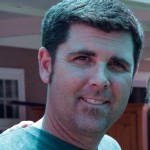 “I never imagined I would become the steward of this amazing program. I enjoyed every aspect of it as a participant. I loved the added challenge of it as a leader. I wanted to help Eddie in any way I could behind the scenes. For near 20 years, I spent every day of my summer in Eddie’s backyard before, and in between trips readying equipment, packing food, fitting backpacks, and just doing anything that would help this man that gave so much of himself to everyone lucky enough to be around him. Eddie has truly shaped the man, husband, and father I am today so when he brought up his retiring I felt compelled to keep the program alive in his honor with the hopes of impacting young people the way the program impacted me. To this day, I still seek out and listen to his advice on all aspects of the program and life.”